Skip to content
2022-01-04 COVID-19: Information for HGH Patients and Families Read more ›
Home About HGH Board of Directors

The Hawkesbury and District General Hospital (HGH) Board of Directors’ role is to represent the community served by HGH and to ensure that its mission, ends and strategic directions are achieved. The Board is responsible for the hospital’s performance and must ensure that healthcare services comply with established quality standards.

Daniel Gatien has over 35 years of experience in municipal management. During his career, he served as chief executive officer, director of economic development, clerk and treasurer for several Ontario municipalities, including the Town of Hawkesbury, the Village of Casselman, Russell Township and the City of Clarence-Rockland. A municipal expert recognized by his peers, he chaired and served on the Association of Municipal Clerks and Treasurers of Ontario for over 10 years.

Mr. Gatien joined HGH Board of Directors in June 2015. Actively engaged in his community, he previously served on the boards of Prescott-Russell Services for Children and Adults Foundation and Prescott-Russell Community Development Corporation.

Our hospital provides outstanding services that everyone in Prescott-Russell should be aware of. I joined the Board to contribute to HGH’s outreach efforts throughout the region.

Mr. Gatien holds a diploma in Municipal Administration from Algonquin College and is accredited by A.M.C.T. He also studied Industrial Relations and Human Resources Management at Queen’s University. Furthermore, he completed an Arts Degree with double concentration in Political Sciences, Law and Justice at Laurentian University. He lives in Wendover. 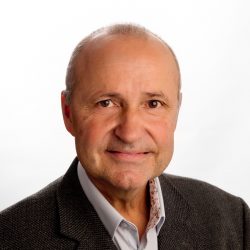 Retired since 2016, Guy Yelle has spent most of his career at the St.Lawrence Seaway Management Corporation where he held senior executive positions. Mr. Yelle is a mechanical engineer and a recognized specialist in strategic planning, project management and change management.

Respect for employees and clientele, as well as a sound knowledge of the community’s needs are the foundation of his management philosophy. A long-time volunteer, Mr. Yelle is currently treasurer of the Lefaivre Lions Club and serves on the Alfred-Plantagenet Municipal Recreation Advisory Committee.

I share the hospital’s community vision and feel inspired by the goals of providing quality care, in both languages, for our people. I really wish to support this cause.

Mr. Yelle is a member of the Professional Engineers of Ontario. He also studied in Business Administration, Marine Transportation, Leadership, Change Management and is Lean Six Sigma Certified. He lives in Lefaivre.

Retired since 2015, Judith Anne LaRocque had a 35-year career with the Canadian government and federal public service. She started in the House of Commons and was the Executive Assistant for the Minister of Justice and Attorney General of Canada before her appointment as Chief of Staff to the Government Leader in the Senate and the Minister of State for Federal-Provincial Relations. She was also Secretary to three consecutive Governor Generals.

Ms. LaRocque was Deputy Minister of Canadian Heritage from 2000 to 2010 and responsible for several programs, among which Official Languages, Cultural Industries and Copyright. In 2010, she received the Public Service Award of Excellence for her outstanding contribution to public service and for the coordination of the federal government role in the 2010 Olympic and Paralympics Winter Games in Vancouver and Whistler. From 2011 to 2015, she was Ambassador and Permanent Representative of Canada to the Organization for Economic Co-operation and Development (OECD) in Paris, France.

After a career in Ottawa and abroad, my spouse and I have chosen to return to our hometown, here in Hawkesbury. The hospital redevelopment project is providing essential services for our residents. I look forward to contributing to this important institution for our community.

Ms. LaRocque holds a Master of Public Administration and a Bachelor of Political Science from Carleton University. Since 2015, she has been serving on the Board of Directors of Banff Centre in Alberta. She lives in Hawkesbury. 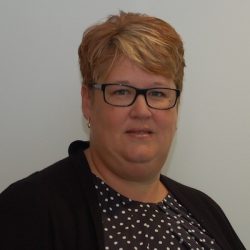 Lucie Charlebois had a 25-year career in the Québec healthcare system where she acquired a wealth of experience in hospital and community settings. She now operates a dairy farm in St-Eugène.

Ms. Charlebois has worked as a clinical nurse and manager in several organizations, bringing inspiring leadership and strong change management skills. Ward Manager, Coordinator of Clinical Programs and Network Assistant Director are only a few examples of positions she has held.

My top priorities will always focus on the healthcare sector and the well-being of the population. By serving on the Board of Directors, I wish to contribute to this community that welcomed me. I am proud to participate in the development of our regional hospital, which provides essential care close to home for the people of our region.

Ms. Charlebois holds a Bachelor of Nursing and a Master of Health Administration. She is also certified in LEAN methodologies. 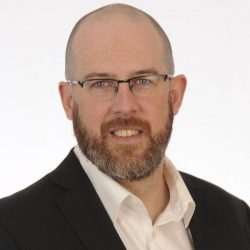 Derek Duval is a senior executive with over 20 years of experience. He is the Director of Supply Chain and IT at Montebello Packaging in Hawkesbury and previously held senior positions in project management. His expertise also includes international trade and strategic planning.

Mr. Duval successfully applies his strategic thinking skills and ability to see things from different perspectives to his professional and personal initiatives. Being the father of young children and the son of aging parents, he sees the importance of a hospital for a community. A lifelong volunteer, he currently serves on the boards of Groupe Convex and Recycle-Action. He was also a member of several fundraising committees and non-profit organizations.

Inspired by my parents and their involvement in the community, I have made volunteering a central part of my life. And I believe that as an individual, I have a responsibility in making my community as good as possible. Ensuring that my loved ones have access to quality care is part of the reason why I joined the HGH Board of Directors.

Prior to her retirement in 2014, Nicole-Lafrenière Davis was Senior Director at Champlain Local Health Integration Network (LHIN). During her career, she has held senior management positions and acted as a consultant in the areas of health and social services at the regional, provincial and federal levels. She holds a Masters in Social Work and has extensive expertise in policy development as well as planning and management of programs and projects.

After a long and fulfilling career, I wanted to get involved locally. In healthcare, the voice of patients, their families and the community is essential. My role as an HGH Board Member is to ensure that their voice is heard.

During her career, Ms. Lafrenière-Davis has also worked abroad. She has worked in community development in the Caribbean, where she forged strong ties with a family that she still supports today. She lives in L’Orignal. 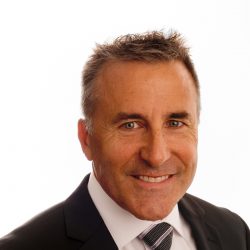 Retired since 2018, Marco Lalonde has over 30 years of management and leadership experience in small and large municipalities, both in Ontario and Québec. He has served as Director of Public Works Department at Ville de Gatineau and also held managerial positions at the City of Ottawa and the former City of Gloucester. Furthermore, he played a leadership role in the amalgamation of 12 municipalities that led to the creation of the new City of Ottawa.

I fully share HGH values of compassion, innovation and excellence. In particular, I have a special interest in the health and care provided to our aging population. I wish to apply my experience to help our hospital. 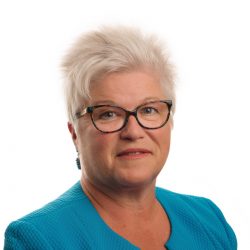 Sylvette Leroux operates a family poultry farm in St-Isidore. For almost 40 years, she has been working on the farm, managing daily operations and doing bookkeeping. Animal welfare, quality consumer products and food safety are at the forefront of her concerns. She ensures that their farm meets the standards set by Egg Farmers of Canada and Egg Farmers of Ontario.

Ms. Leroux is actively engaged in community, business and agricultural organizations. She was Vice-Chair of Association des parents et enseignants de l’Ontario for four years. She also chaired the school council at École élémentaire de St-Isidore for four years where she led a fundraising campaign for the schoolyard improvement project. She was a member of the Board of Directors of St-Isidore and Vankleek Hill figure skating clubs. She is also a member of ESTIC Chamber of Commerce and Union des cultivateurs franco-ontariens.

Our hospital is going through major changes. Knowing that our families and aging population will have access to a broad range of services at the New HGH is very comforting. People will have access to specialty healthcare services close to home and will not have to travel to the city anymore. Through my involvement, I want to contribute to the promotion of our hospital’s services within our communities.

Ms. Leroux lives in L’Orignal. She loves nature and enjoys the outdoors. She also has a keen interest in performing arts and politics. 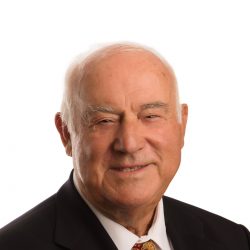 Neil Levac is a civil engineer with over 45 years of experience in the field. Founder of the engineering firm Levac Robichaud Leclerc and Associates, numerous Eastern Ontario buildings bear his signature. During his career, he designed, supervised and managed several residential, commercial, institutional and industrial construction projects. He also engineered municipal infrastructure and road rehabilitation projects. He carried out work in Burkina Faso and Peru for the Canadian International Development Agency.

Actively engaged in the community, Mr. Levac served as a municipal councillor and Mayor of West-Hawkesbury Township and also served as chairman of Chambre économique de l’Ontario. For several years, along with his spouse, he organized the Ski-a-Thon, a fundraising event for cancer research.

I appreciate the opportunity to promote HGH’s excellence and to provide the best service for our patients, while getting a better understanding about healthcare services.

Mr. Levac is a member of the Association of Professional Engineers of Ontario and Ordre des ingénieurs du Québec. He holds a B.A. in Civil Engineering from the University of Ottawa. He lives in L’Orignal. 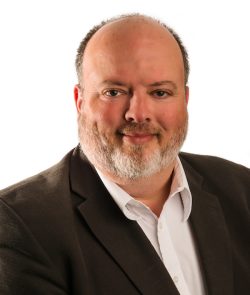 Sébastien Racine is an Associate and Senior Architect at J. L. Richards & Associates. A project manager and team leader, he specializes in the planning of institutional, industrial and community projects and infrastructure.

Mr. Racine served on the HGH Board of Directors from 2007 to 2014, and on the Hospital Foundation’s Board of Directors from 2015 to 2019. Over these years, he worked on the implementation of the HGH redevelopment project and a fundraising campaign at the Foundation. He brings in-depth knowledge of the role and importance of both institutions for the greater Prescott-Russell region.

In recent years, HGH has grown considerably while overcoming challenges inherent to our healthcare system. I wish to continue along this path of program development and increase the accessibility to services in the western part of our region.

Mr. Racine is a member of the Ontario Association of Architects as well as the Ordre des architectes du Québec and holds a Bachelor of Architecture from University Laval. He lives in Casselman.

HGH Board of Directors has adopted a policy governance model that includes these elements: